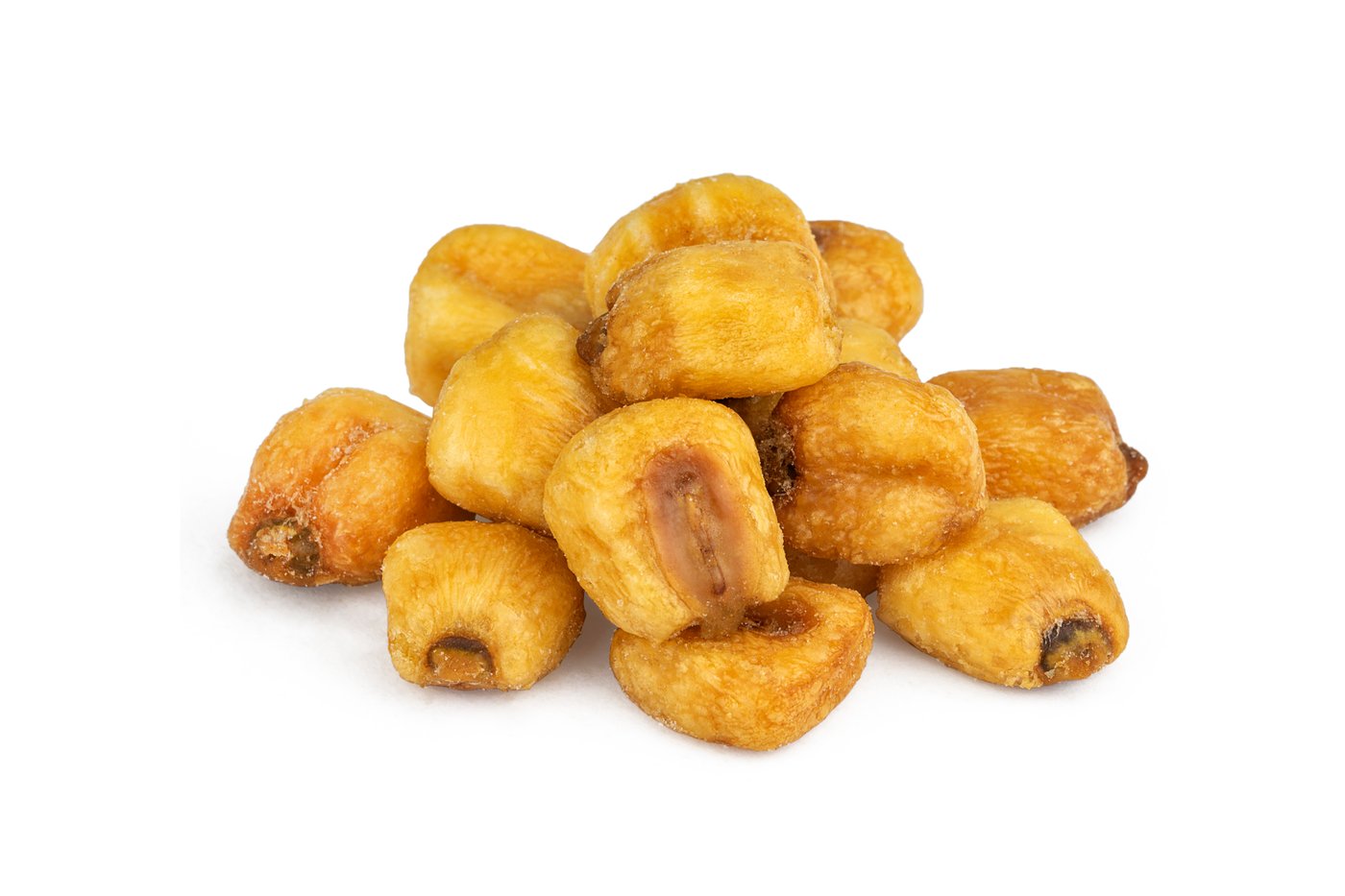 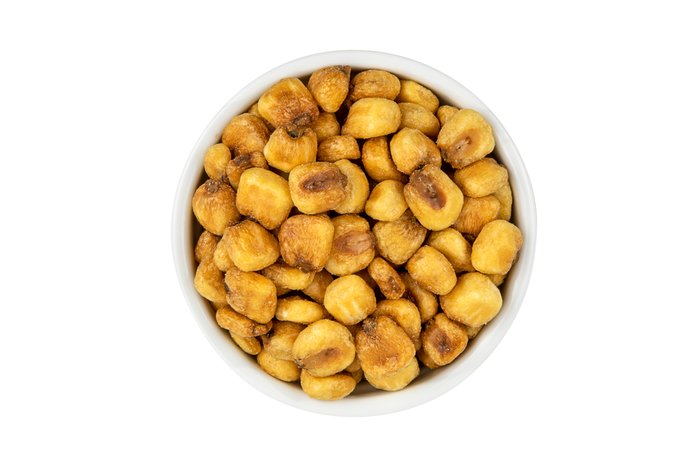 Corn Nuts® are the original toasted corn snack, manufactured by Kraft Foods. Whole corn kernels are soaked in water, then roasted and lightly salted to create a crunchy, tasty munchie. Popcorn can’t compete with these toasted Corn Nuts®! Grab some straight from the bag the next time your snack attack strikes.

How are Corn Nuts® Made?

Corn nuts are prepared by soaking whole corn kernels in water for three days, then deep-frying them until golden and crispy. The kernels are soaked because they shrink during the harvesting and cleaning process, and rehydration returns them to their original size.

A one-ounce serving of toasted corn (approximately 1/3 cup) contains 130 calories. Less than 30 percent of the calories come from fat.

Corn nuts were introduced to the United States by Albert Holloway of Oakland, California in 1936. He originally marketed them to tavern owners as a snack that could accompany beer. He called them Olin’s Brown Jug Toasted Corn, although he would later rename them to CornNuts.

Holloway eventually learned of a Peruvian breed of corn, known as Cuzco corn, which grew very large kernels. He wanted to use this type of kernel in his toasted corn snack, so his company worked to develop a hybrid of Cuzco corn that could be grown in California. In 1964, his company introduced this hybrid variety to the marketplace, under the name CornNuts. Although the Corn Nuts® we know and love today are no longer the same size as Cusco corn, they are still as undeniably good as they have ever been.

Literally the best snack for a hike. Or your job. Or late at night when you need that salt and crunch. I love them. I... already went through a one pound bag in 3 days (split with more than 3 people but still). I will buy these as long as I live.

Nice an crunchy , plus keeps the kids out of my hair? lol

Ordered these for one of my sisters. Now I am hooked and will order again for both.of us.

I can't get enough of these! They are delicious!!