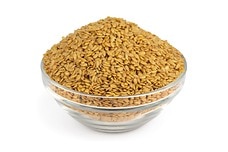 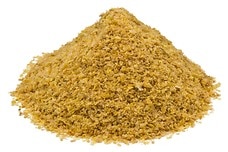 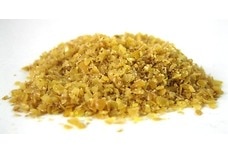 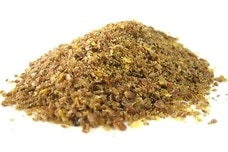 1.The consumption of flax seed is associated with a reduction in total cholesterol, including the LDL (bad) cholesterol and triglycerides. Study after study has shown a positive response to eating ground flax seed daily. Eating low fat foods, increasing your exercise, limiting the salt, sugar and eating flax seed daily are a few ways that you can win the battle against high cholesterol.

2.Nutritionists are instructing their diabetic patients to eat flax seed daily. It has been discovered that the omega-3 fat and high fiber in flax may play a role in the fight against diabetes. In a study conducted by the University of Toronto, participants who ate flaxseed bread had blood sugar levels 28% lower an hour after eating than their counterparts who ate bread made with wheat flour!

3.Flaxseed is high in lignans, up to 800 times the amount as in any tested plant food. Lignans (a phytoestrogen) have been called by H. Adlercreutz (in his article ?Phytoestrogens: Epidemiology and a Possible Role in Cancer Protection?), natural cancer-protective compounds. Flax seed is also high in alpha linolenic acid (ALA) which has been found to be promising as a cancer fighting agent. The American National Cancer Institute has singled out flaxseed as one of six foods that deserve special study. Flax seed’s high fiber aspect is also beneficial in the fight against colon cancer. Epidemiological studies note that diet plays a major role in the incidence of colon cancer. Research has shown that increasing the amount of fiber in your diet reduces your colon-cancer risk. Flax seed, high in fiber, lignans, alpha linolenic acid, is a key player in the fight against cancer, particularly breast and colon cancer.