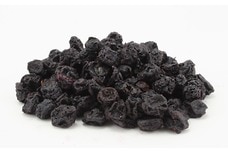 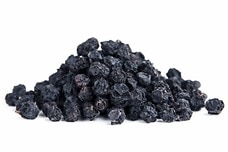 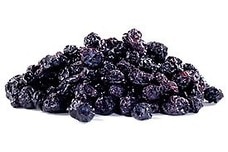 Blueberries are one of only a few fruits native to North America. In fact, Native Americans used to have a variety of uses for blueberries as a dietary supplement and for medicinal purposes. North America remains the top producer and consumer of blueberries, although other countries such as Chile are becoming increasingly involved in the development of the crop. Blueberries are enjoyed for their delicious sweet and tart flavor, and are gaining attention around the world as new research uncovers promising health benefits of blueberry consumption.

1) Protective Antioxidants: Blueberries rank #1 in antioxidant activity, according to researchers at the USDA Human Nutrition Center (HNRCA) in a study that compared blueberries to 40 other fresh fruits and vegetables. Anthocyanins, the antioxidants responsible for giving blueberries their color, protect cells from the damaging effects of oxidation, which is often linked to chronic conditions like heart disease and cancer.

2) Lower Cholesterol Levels: A 2010 study published in the Journal of Agricultural and Food Chemistry examined the effect of blueberry juice byproducts on hamsters that consumed a high-fat diet. Hamsters were used for the experiment because, like humans, their cholesterol levels increase from eating fatty foods. The group of hamsters whose high-fat diet was supplemented with blueberry extract had both lower total and LDL “bad” cholesterol levels than those in the control group.

3) Cardiovascular Health: The protective, heart-healthy effects of blueberries are promising. Atherosclerosis is a disease characterized by the build-up of plaque in the arteries, and is a precursor of heart disease. Findings from a 2010 study in the Journal of Nutrition demonstrated that blueberry-fed mice had less atherosclerotic plaque than the mice that did not receive blueberry supplementation.

4) Bone Health: Research suggests that the high polyphenol content of blueberries has bone-building effects. A 2010 study published in the Journal of Bone and Mineral Research found that blueberry-fed rats had significantly more bone mass than rats whose diet was not supplemented with the berries. Scientists attribute these results to the phenolic acids that are present in blueberries. This study has positive implications for the effect of blueberry consumption on retaining bone mass and preventing osteoporosis.

5) Improved Memory: Blueberries can boost brain power. A 2012 study published in the journal Annals of Neurology examined the memory capacity and berry consumption of 16,000 nurses. The researchers found that nurses who consumed the most blueberries and strawberries showed less memory decline over 2.5 years than participants who did not eat berries. Another study published in the April 2010 issue of the Journal of Agricultural and Food Chemistry found that blueberry consumption improved cognitive function and memory performance in older adults.

Tastes and Uses of Dried Blueberries

How are blueberries harvested?

The blueberry harvest in North America can range from April to November, depending on the harvest region. Blueberry bushes grow in rows and the fruits are ready for harvest when the berries become plump and mature, changing in firmness and color from light green to a deep bluish-purple. Mechanical harvesting equipment is then used between the rows to gently shake each bush, helping to release the ripe blueberries into catchers. After the collection period, the bins of blueberries are transported to processing facilities where they are cleaned and sorted.