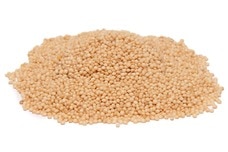 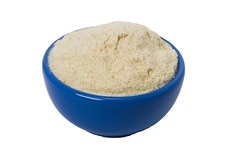 As stated, this gluten-free “grain” is not actually a grain at all. Rather, the seed grows from a prevalent plant whose tenacity has, historically, offered a vital benefit to developing civilizations. Originally harvested in Mexico, this pseudocereal was once the central staple of the Aztec empire and played a significant role in its culture. Currently, the seed is still enjoyed in Mexico, Peru, Guatemala, China and Russia. It also serves as a valuable staple in parts of Africa, India, and Nepal; however, it is grown in much smaller quantities.

The grain’s initial popularity was, in part, due to its versatility; it can be prepared in a number of ways and is easy to cook. Certainly, another major factor in the seed’s former ubiquity is its immense nutritive value. When prepared properly, amaranth acts as a complete protein while also providing numerous other nutrients. But lastly, what may have been the most significant factor to the grain’s past pervasive presence is its plant’s proficient self-propagation.

Though the genus of Amaranthus contains a diverse assortment of different species, only three serve to supply the seeds that are harvested as grains while most others are classified as noxious weeds. In spite of this fact, a variety of amaranth plants are harvested for their leaves or used as decorative houseplants. Amaranth leaves provide a leafy vegetable loaded with vitamins and minerals; these leaves can be harvested from four species of amaranth plants, only one of which- Amaranthus cruentus- also produces the pseudocereal seeds.

The hereditary origins of amaranth, which is a relative of plants such as beets, spinach, and quinoa, give it a rich nutritional profile. The grain is rich in protein and more than 10% of the seed is composed of various forms of the nutrient. One of the features that makes it such a potentially valuable staple is that it provides an appropriate proportion of the nine essential amino acids that humans and other animals need in their diet. This is particularly valuable to those with restrictive diets such as vegetarians and those suffering from Celiac disease.

The protein content of the grain is only one benefit it provides as the seed also contains an abundant supply of fiber, vitamins, minerals, and antioxidants. The fiber content of these small seeds is greater than that of any other gluten-free grain, setting it apart from even superfoods like quinoa. As for other nutrients, a single cup of amaranth offers a full daily serving of manganese, magnesium, and phosphorus in addition to an ample amount of pyridoxine (vitamin B6), iron, copper and selenium.

These nutrients- in addition to vitamin C, vitamin E, riboflavin, folate, and pantothenic acid- offer a preponderance of benefits that has sparked a strong interest in the superbly nutritious kernel. As a complete protein, amaranth may help provide serious support to the maintenance and repair of muscle, bone, and skin. Perhaps more incredibly, its protein content may even support cardiovascular health. Aside from the benefits tied to protein, the fiber in amaranth helps support healthy gastrointestinal function, while its rich supply of antioxidants, vitamins, and minerals may help neutralize free radicals and support the immune system.

How to Cook Amaranth

Amaranth was only recently reintroduced to the United States and has not been widely available for long. As such, many may be unfamiliar with the unique textures and tastes associated with the pseudocereal. Amaranth is extremely small with uncooked seeds a size comparable to that of poppy seeds. When popped or cooked, the kernels expand but remain no larger than those of quinoa or short-grain rice.

Even when boiled and prepared like other grains, the seeds never lose the tough texture of their hulls. This results in a strange sensation in which the cooked seed seemingly pops only to reveal its soft exterior. The taste offered by the tiny treats is more familiar, however, and closely resembles that of quinoa, buckwheat and other cereal grains. Its earthy tones can further be accentuated by toasting the grain before it is cooked.

One popular way to prepare the treat is to boil the mixture to create a texture and taste similar to rice and other side dishes. A second method explaining how to pop the seed to create dishes like alegría is also described below.

To Pop (cook in batches):

While boiled amaranth can be used as a side dish or hot cereal and popped amaranth can be eaten as a crunchy snack or candy, there are also many recipes that utilize the pseudocereal in its flour form. Similar to other pseudograin flours, the gluten-free feature of amaranth leaves baked goods unleavened; in other words, if you would like to produce cakes, breads, or anything that needs to raise- you will need to add a binding agent to your goods to keep your confection coherent and a starch to fuel your leavening agent.

This being said, for unleavened goods that embrace a crumbly texture like certain cookies and brownies, the ground grain is capable of completely fulfilling the role of other flours as a one-to-one replacement. Though it can, in these instances, act as a simple substitute- it is important to remember that whenever using amaranth flour, your recipe may require additional water to account for the unusually absorptive property of the grain.