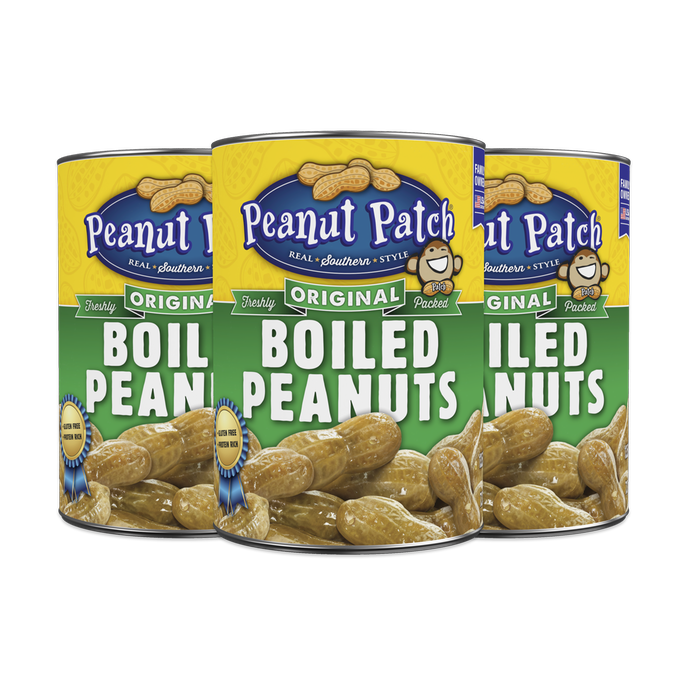 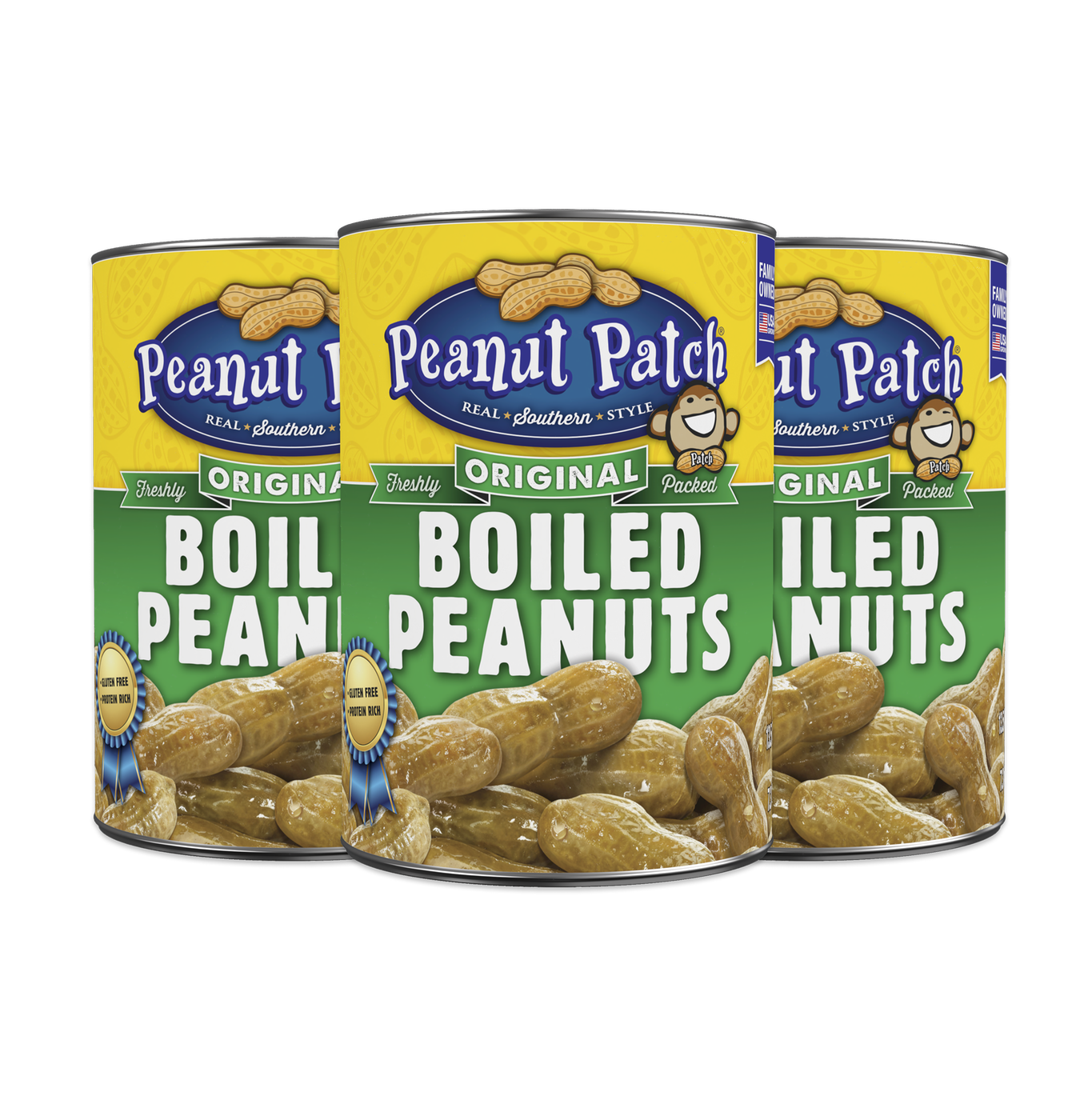 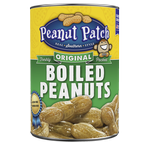 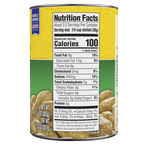 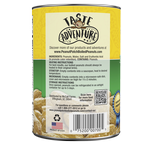 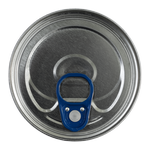 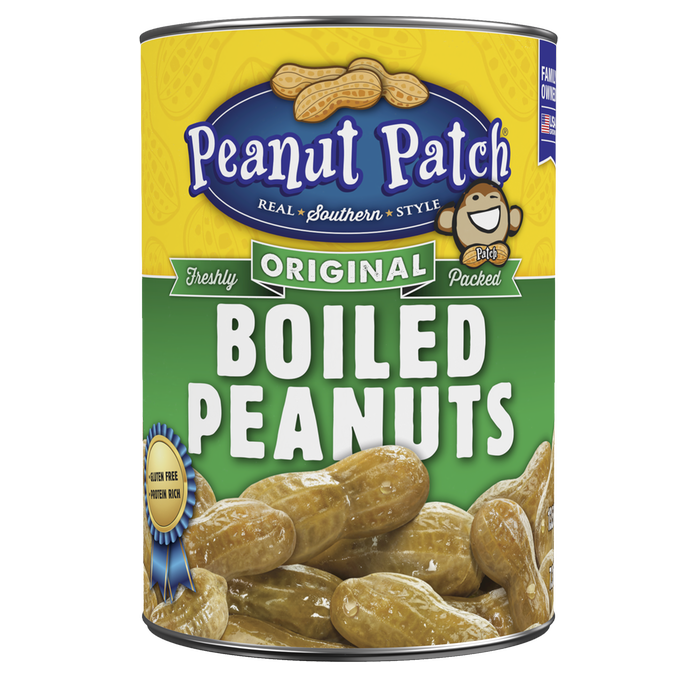 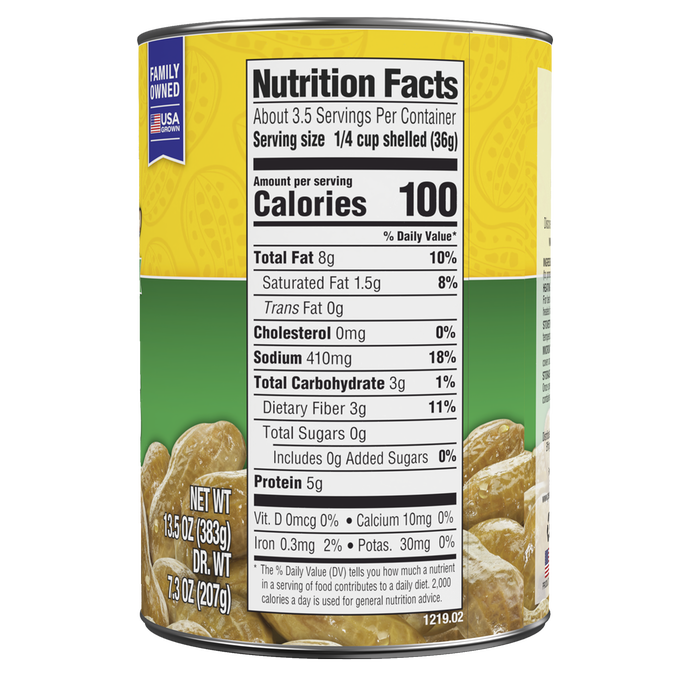 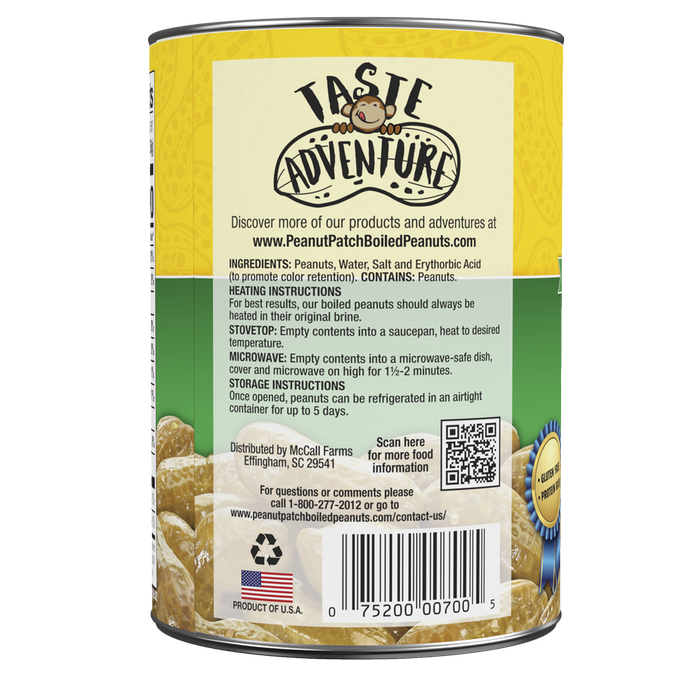 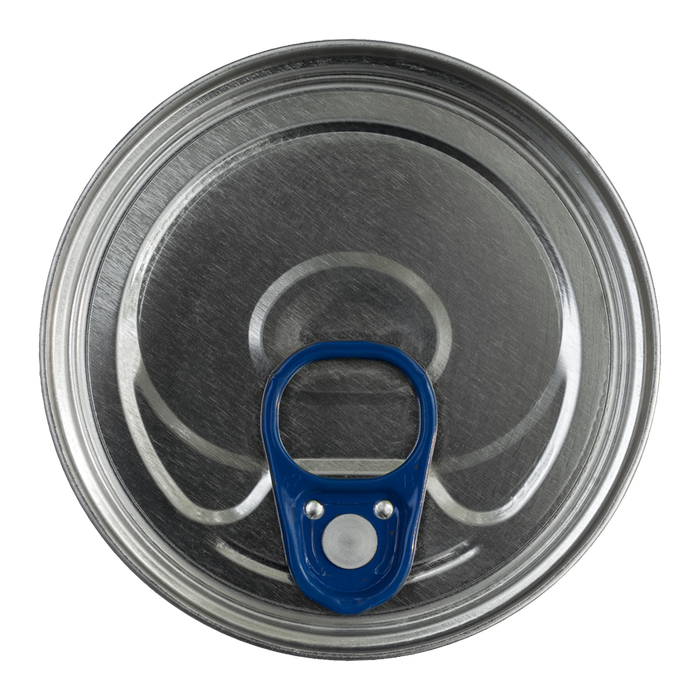 Boiled peanuts are a tasty snack and a favorite food of the South. Their distinct salty taste comes from boiling green peanuts, still in the shell, in salt water. The boiling process releases flavors and nutrients from the peanut shell, making the nuts soft, fresh, and flavorful. Our boiled peanuts are canned only hours after being picked, so they retain their delicious taste.

How to Eat Boiled Peanuts

Our boiled peanuts come from the popular Margaret Holmes Peanut Patch brand, in 7.5 oz dried weight cans (these used to be called Roddenberry). To enjoy the boiled peanuts, drain the brine from the can and shell the peanuts. For extra flavor, try heating the peanuts in the liquid after opening the can.

1. Boiled peanuts contain more antioxidants than roasted or raw peanuts. A 2007 study conducted by researchers from Alabama A&M University’s Department of Food and Animal Sciences found that boiled peanuts bring out up to four times more phytochemicals that help protect against disease than raw, dry or oil-roasted nuts. These phytochemicals have antioxidant qualities that protect cells against the risk of degenerative diseases, including cancers, diabetes and heart disease.

2. Boiled peanuts support a healthy heart. Boiled Peanuts contain resveratrol, a plant chemical also found in red wine, which studies have shown to have a protective effect against cancer and heart disease. A 2013 study published in the journal Science Translational Medicine found that resveratrol still remains effective even after the body has metabolized it. The lead researcher of this study believes that this regeneration effect could be beneficial in treating a wide variety of human diseases.

3. Boiled peanuts are an excellent source of nutrients. Our peanuts are loaded with many vitamins and minerals and are high in plant protein. Also, the fat content is primarily the good kind which includes monounsaturated and polyunsaturated. According to the American Heart Association, replacing saturated and trans fat with unsaturated fat as part of a healthy diet can help lower LDL “bad” cholesterol levels.

Boiled peanuts have been a cultural tradition of the Southern United States since at least the Civil War, when Confederate soldiers would use salt water to boil and preserve the “goober peas” they were given as rations. Today, these peanuts are still extremely popular in the South, and were even proclaimed the official snack food of South Carolina in 2006. During the summer months, families, neighbors, and friends throughout the South often gather to boil peanuts together and enjoy them outdoors over a cold drink.

I grew up in the south, but have lived in San Francisco for the past 20 years or more, and it’s impossible to find... green peanuts here! These boiled peanuts fully satisfy my craving. Thank you, nuts.com!

No one understands boiled peanuts unless you grew up in the south….. thank you for having them

i love my green boiled peanuts.

Nostalgia, as well as stomach, feeding with these. If you like boiled peanuts you'll love these.

These were good and salty

Store open or closed under refrigeration for up to 6 months. This item can be frozen.