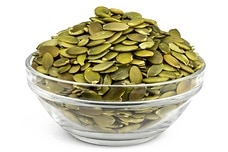 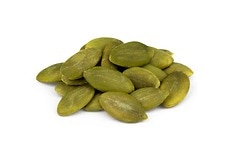 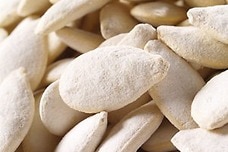 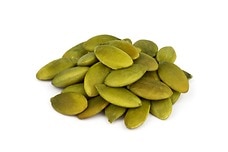 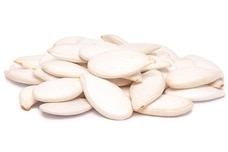 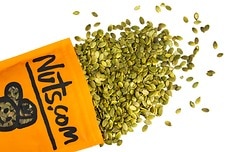 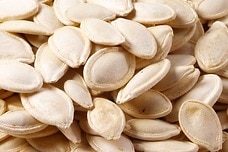 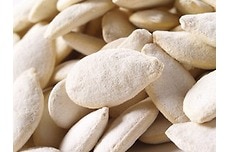 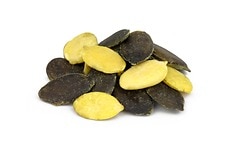 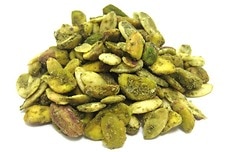 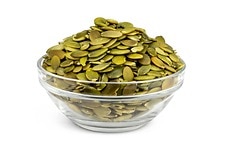 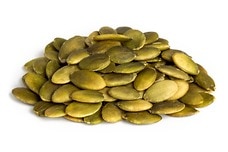 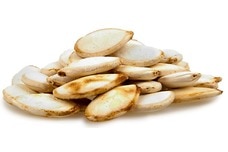 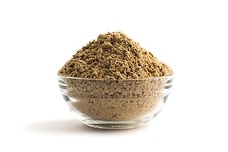 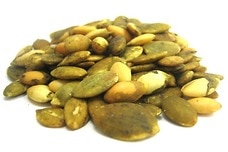 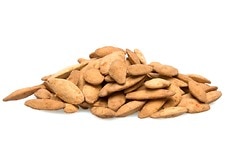 Pumpkin seeds are commonly referred to as pepitas, which is Spanish for “little squash seeds.” Historically, pumpkin seeds were revered among Native Americans and used for both dietary and medicinal purposes; in fact, there is evidence to suggest that pumpkin-like seeds were domesticated as far back as 10,000 BC in Mexico. Today, pumpkin seeds have a wide range of culinary applications; they are a critical ingredient to the Mexican sauces mole and pipián, and pumpkin seed oil is commonly used in European cuisine. The smooth nutty taste and rich nutrient profile of pumpkin seeds also makes them a popular packaged snack in the United States.

1) Add crunch to an ordinary salad with a handful of roasted pepitas.

2) Liven up a soup or stew with the addition of crunchy pumpkin seeds.

3) Mix them into a granola or trail mix for a nutrient boost.

4) Use them to add a delightful texture to a homemade rice pudding.

5) Baked goods and cookies can benefit from a crunchy cluster of crumbled pepitas.

6) Stir them into oatmeal and cereals for added flavor.

7) Whip up a pumpkin seed brittle by combining the kernels with sugar and honey.

8) Toss pepitas in the food processor to create a creamy and delicious pumpkin seed butter.

9) Sprinkle pepitas on top of chicken and veggie dishes for a finishing touch.

10) Any of our pumpkin seed varieties make a healthy and tasty snack just as they are!