Vitamin K is a group of fat-soluble vitamins also called naphthoquinones. Within the Vitamin K group are vitamins K, K1, K2 and K3. The natural form of Vitamin K is Vitamin K1, or Phylloquinone, which is present in a number of plants and is the main source of Vitamin K obtained through food.

Vitamin K is stored in fat tissue and the liver and plays an essential role in the regulation of blood clotting. It also helps with maintaining healthy bones and reducing bone loss given its part in transporting calcium throughout the body.

Vitamin K is found primarily in chlorophyll, the substance in plants that gives them a green color. Food sources of vitamin K include:

Vitamin K2, which is especially helpful in preventing fractures and increasing bone density, is found in:

Freezing foods may negatively affect the amount of vitamin K, but cooking does not.

Since vitamin K is so readily found in leafy greens and is also made by intestinal bacteria, it’s rare to develop a vitamin K deficiency. However, there are a number of health problems that can cause an individual to be at risk, including:

Symptoms and side effects may include:

In addition to its important role in coagulating blood, vitamin K may also reduce the risk of bone fractures and help prevent hardening of the arteries or other soft tissues given its role in the transportation of calcium.

Vitamin K may play a role in the prevention and treatment of some health problems:

Excessive Bleeding: Vitamin K has been used to treat and prevent the risk of bleeding in liver disease, when the body can’t absorb enough vitamin K, or when individuals need to be on antibiotics for an extended period of time.

According to the National Institutes of Health (NIH), the U.S. Recommended Daily Allowance (RDA) of vitamin K is as follows:

There is no known toxicity of the natural forms of Vitamin K (K1 and K2), but high doses may cause numbness or tingling in the hands and feet.

On the other hand, the synthetic form of Vitamin K, Vitamin K3, is known to be highly toxic and over-the-counter sale of K3 supplements have been banned by the FDA. High doses have caused allergic reactions, hemolytic anemia, and cytotoxicity in liver cells.

Try Some Snacks with Vitamin K 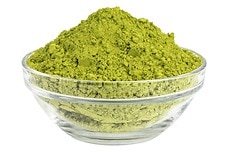 Matcha green tea powder can be used simply as tea, in smoothies, or better yet, to make green tea ice cream, pancakes, and other baked treats. Matcha is not only an excellent source of vitamin K, but also of protective antioxidants. Drink up! 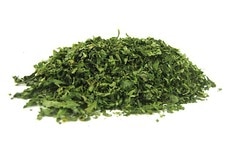 While this isn’t a snack per se, it’s a quick and easy way to sprinkle vitamin K into your diet. Add a little bit to a smoothie here, a little to a salad there, and you’re on your way to getting an adequate amount of vitamin K every day.