Vitamin D is a group of fat-soluble vitamins that help the body absorb and regulate minerals such as calcium and phosphorus. In reality, vitamin D acts more like a hormone in the body and is essential for keeping bones strong and healthy.

The most important and notable D vitamins are vitamin D2, also known as cholecalciferol, and vitamin D3, or ergocalciferol. Vitamin D3 is produced by the skin when exposed to sunlight. D2, on the other hand, is produced naturally by plants, yeast and fungi and is also a synthetic form found in supplements and fortified foods. Both forms have been found to be effective at raising levels of vitamin D in the blood.

Sun exposure is the primary source of vitamin D, other than supplements. Factors including the season, time of day, weather conditions, skin melanin content, and sunscreen use affect vitamin D synthesis via UV radiation exposure.

There are, however, a handful of food sources that can be added to a well-balanced diet to help increase vitamin D intake, such as:

Vitamin D helps the gut absorb calcium and regulates serum calcium and phosphate, thus enabling bone mineralization. Vitamin D is also essential for bone growth and restructuring by osteoblasts and osteoclasts. Without enough vitamin D, bones may become brittle or misshapen or lead to rickets in children or osteoporosis in adults.

Insufficient vitamin D levels have been associated with illnesses such as:

Vitamin D has been used in treatments against a variety of medical conditions.

Cancer: While it is still being researched, several studies have shown that adequate to higher blood levels of vitamin D are associated with a reduced risk of certain cancers, such as colorectal cancer. However, further studies are needed to determine vitamin D’s efficacy as a treatment or prevention option. It is also best to try to increase vitamin D intake through food rather than sun exposure to avoid an increased risk of developing melanoma.

Depression: There is some evidence that suggests that insufficient levels of vitamin D can lead to feelings of depression.

HIV: Vitamin D deficiency and insufficiency are common in people with HIV, but it has been found that it is possible to raise their vitamin D blood levels with supervised supplementation. This is an important finding because it has also been suggested that vitamin D can slow the progression of HIV and AIDS. Vitamin D also supports the immune system in a variety of ways.

Recommended daily allowances are as follows:

While it is highly unlikely, it is possible to have an excessive intake of any nutrient, including vitamin D. Toxic levels of vitamin D for adults and children older than 8 years old is anything more than 100 μg per day (4000 IU). Toxicity is most often caused by dietary supplementation rather than from food or sun exposure. While the sun cannot cause vitamin D toxicity, it’s still important to limit sun exposure and use sunscreen to reduce the risk of skin cancer.

Toxic effects of Vitamin D include: 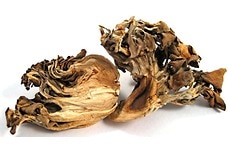 From Shiitake, Wood Ear, Chanterelle, and more, any kind of mushroom can be dried and added to a variety of recipes like soups and stir fries 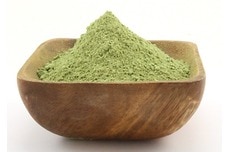 In addition to being a complete source of protein, alfalfa leaves contain bioavailable vitamin D to contribute to your dietary intake of the nutrient. Add a scoop of powder to morning smoothies and juices, or sprinkle seeds into your oatmeal, whole grain dishes, and soups.