* For destinations within the contiguous U.S., orders totaling $59 or more (before tax) ship free and orders below $59 require payment for shipping. The price of shipping is available in Checkout. Multiple shipping addresses count separately. For other destinations (including international), shipping cost is calculated at checkout. Delivery date will be estimated at checkout. See Full Details
Main Content
Home Healthy Eating Vitamins, Minerals & Nutrients Vitamin B6

Vitamin B6, also called pyridoxine, is one of eight members of the vitamin B complex family. Like all B vitamins, pyridoxine is involved in converting food (carbohydrates) into fuel (glucose) for energy. All of the B-complex vitamins are water-soluble, which means they are not stored in the body for long periods so they must be replenished every day.

How do I get vitamin B6?

Vitamin B6 can be obtained through food and vitamin B complex supplements. Foods rich in pyridoxine include meats like beef, pork and turkey, as well as vegetables like spinach, peas and carrots. Nuts, lentils and soy products are also a good source of the vitamin. Dairy products such as milk and cheese provide high levels of pyridoxine, too. Additionally, it’s found in fortified cereals, flour, eggs, and fruits like bananas, oranges and cantaloupe.

Since vitamin B6 is available in many foods, dietary deficiency is rare. However, a diet consisting mostly of processed foods can result in vitamin B6 deficiency because the act of processing depletes the nutrient. Secondary deficiencies are more common and can result from protein-energy malnutrition, malabsorption, alcoholism, and the use of pyridoxine-inactivating drugs. In adults, vitamin B6 deficiency causes problems which affect the nerves, skin, mucous membranes and circulatory system. In children, a deficiency can also affect the central nervous system. Peripheral neuropathy, characterized by damage to the nerves of the hands and feet, is usually accompanied by weakness, numbness and pain. Deficiency may also result in anemia, seizures, and impaired metabolism.

Overdosing on vitamin B6 is rare with natural food sources, but possible with pyridoxine supplements. Excessive levels of vitamin B6 can irritate nerves and produce numbness in the hands and feet. Associated symptoms include muscle spasms and cramps. Permanent nerve damage is more serious and can impact mobility. Pyridoxine toxicity can also cause irritation to the nerves in and around the brain, which can result in headaches and migraines. Fatigue is another common symptom because pyridoxine toxicity can disrupt sleep cycles and cause insomnia. The physical symptoms of pyridoxine toxicity can increase the risk for stress, anxiety, irritability and depression.

What is vitamin B6 used for?

Pyridoxine is used for over 100 enzyme reactions in the body related to metabolism. It also impacts cardiovascular, digestive, immune, and nervous system function. In the brain, pyridoxine is critical for the production of the hormones serotonin and norepinephrine, which regulate mood. It’s also involved in the production of melatonin, which helps your body regulate its sleep and wake cycles. Furthermore, pyridoxine is involved in the formation of myelin, a protein layer that protects nerve cells.

The body needs vitamin B6 to produce hemoglobin, the protein molecule in red blood cells that delivers oxygen throughout the body. A vitamin B6 deficiency can result in low levels of hemoglobin, with symptoms similar to iron deficiency anemia. This type of deficiency can be treated by introducing foods that are a good source of the vitamin into the diet. Vitamin B6 supplements can also be beneficial for treating a genetic disorder called sideroblastic anemia. This condition is characterized by the body’s inability to produce enough healthy red blood cells. 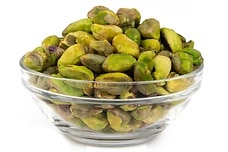 Our raw pistachios from California have no shell and are ready to be enjoyed straight from the bag. Packed with protein, fiber and minerals. 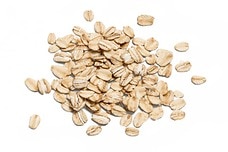 Wake up to a warm and delicious bowl of oatmeal made from our rolled oats. These fiber-rich oats can be used for making oatmeal raisin cookies and other baked goods, too! 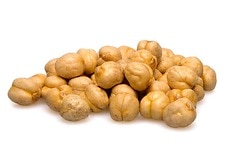 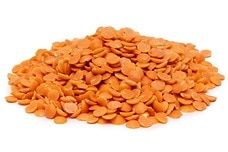 All natural and organic red lentils are perfect for cooking in soups, stews, or by themselves. Makes for an extremely healthy side dish.