Vitamin B3, commonly referred to as niacin, is one of the 8 essential B vitamins. All B vitamins play a role in converting food (carbohydrates) into fuel (glucose) for energy that we can use throughout the day. The B-complex vitamins are water-soluble, which means they dissolve easily upon entering the body. Since the body cannot store them, B vitamins should be consumed in small amounts on a daily basis.

How do I get niacin?

Niacin is present in many foods like yeast, meat, fish, peanuts, sunflower seeds, mushrooms, green vegetables, beans, and cereal grains. Foods like chicken, red meat, dairy and eggs contain tryptophan, an amino acid that the body can convert into niacin. Since most people get sufficient levels of niacin through diet, it’s rare to find people in developed countries who have a vitamin B3 deficiency.

What is niacin used for?

Niacin serves many purposes throughout the body. It is required to make hormones in the adrenal glands and other areas. Niacin can also improve circulation and reduce inflammation. The inflammation-reducing characteristic of niacin was demonstrated in one study which found that niacin may improve the symptoms of arthritis. There is also evidence that niacin reduces the risk of atherosclerosis, a condition characterized by narrowing of the arteries. Niacin can also lower the risk of a second heart attack for people who have already had one. However, the most widely researched use of niacin has been as a treatment for high cholesterol.

Niacin as a Cholesterol Treatment

Pellagra is a disease characterized by a deficiency of vitamin B3. In the 1800s, pellagra was commonly diagnosed in poor Americans whose diets lacked niacin-rich foods. This disease can cause problems with the skin, digestive system, and nervous system, and eventually lead to death if not treated.

Luckily today, niacin deficiency in the developed world is rare because vitamin B3 is present in many of the foods we eat. The recommended daily allowance (RDA) for niacin is 16 milligrams per day for men and 14 milligrams per day for women, which is easy to obtain through diet. Nowadays a deficiency of this nutrient is more likely to be caused by issues that affect the body’s ability to absorb niacin or tryptophan. Alcoholism is one such cause for this deficiency. If a person has a medical condition that impairs their ability to absorb niacin or tryptophan, a doctor may prescribe niacin supplements or multivitamins, which usually provide more than enough niacin to meet the recommended daily allowance. Supplements of niacin in the form of nicotinic acid or nicotinamide are FDA-approved for treating the deficiency.

Although it’s unlikely to overdose from niacin by eating too many niacin-rich foods, high levels of prescription niacin can be dangerous. However, niacin overdose should not be a problem for people taking only the amount prescribed by their doctor. One of the most common side effects of niacin overdose is niacin flush. Niacin causes the blood vessels to dilate, which in turn produces a warm sensation accompanied by a blushing of the skin. The skin becomes uncomfortably hot and may also cause an itchy, rash-like reaction. People are more likely to experience niacin flush when they take a large dose of niacin on an empty stomach. That’s why it’s recommended to initially start with small doses of niacin and gradually increase the amount as needed. Other than discomfort, the flushing is harmless and should subside within 2 hours, usually within just 15 minutes. A different form of vitamin B3 known as niacinamide does not cause the flush effect, which is why some people may take this form over niacin.

Early symptoms can help you become aware you’re taking too much niacin. These include abnormal pain, nausea, rapid heartbeat, intense itching, shortness of breath, and skin flush accompanied by dizziness. There are also other side effects that are more severe than niacin flush. This is why it’s important not to self-medicate with niacin supplements, and consult a doctor to help manage your dosage as needed. Gastrointestinal side effects include bloating, diarrhea, nausea and vomiting. One of the most dangerous, albeit rare, side effects is a sudden drop in blood pressure. Long term side effects can impact vital organs like the liver. 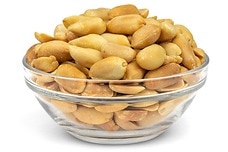 We don’t need another reason to love peanuts, but we love that they pack nearly 20 percent of our recommended vitamin B3 intake. They provide protein, healthy fats, fiber and vitamins to boot! How’s that for an all-around healthy snack? 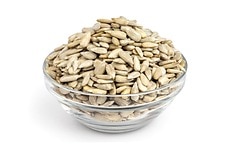 Sunflower seeds may be small, but they provide niacin in large amounts. This heart-friendly food can be tossed over salads, into baked goods, or simply enjoyed as a snack. A small handful of these sunflower kernels lends plenty of antioxidants to your diet, too! 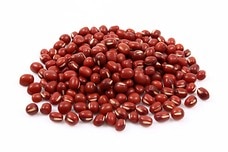 There’s more to these small red beans than meets the eye. Each serving of adzuki beans provides a generous dose of niacin, plus protein, fiber and iron. Flavorful and versatile in soups, side dishes, and Asian desserts, it’s no wonder adzuki beans are recognized as a miracle food. 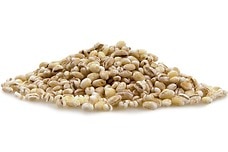 This low-glycemic grain is loaded with both soluble and insoluble fiber, and of course, plenty of our star nutrient - vitamin B3! This combination of fiber and other nutrients makes barley a great choice for anyone watching their cholesterol or blood sugar. Barley can be enjoyed as a warm breakfast porridge, or added to soups and stews.