What is Riboflavin (Vitamin B2)?

Vitamin B2, more commonly known as riboflavin, is a water-soluble vitamin present in a majority of animal and plant tissues. The word “flavin” is derived from the Latin word “flavus” which means yellow. Therefore, vitamin B2 actually gets its name from its color. Riboflavin is one of the essential B vitamins ours bodies need to help support adrenal function, calm and maintain a healthy nervous system, and assist in key metabolic processes.

There are several benefits of vitamin B2 that are essential to maintaining a healthy and happy body. These nutritional benefits include the following:

Dietary Sources of Vitamin B2

People who maintain a healthy, well-balanced diet typically get enough riboflavin. The best sources of vitamin B2 come from almonds, whole grains, organic meat, wild rice, dairy products like milk and yogurt, and green vegetables like broccoli, Brussels sprouts, and spinach. It should be noted that riboflavin is actually destroyed by light, so food should be stored away from light to protect it. Also, vitamin B2 can be lost in water when foods are boiled or soaked, so be mindful when cooking foods that are high in riboflavin.

The Food and Nutrition Board of the National Academy of Sciences (NAS) has established a set of Recommended Dietary Intakes (RDAs) for vitamin B2. Remember that everyone has different nutritional needs, so please consult a doctor to find out what your specific vitamin needs are. Below are the standard daily recommendations:

As of now, there is no known toxicity to riboflavin. Since it’s water-soluble, the vitamin is easily excreted from the body. There is a possibility of reactions to extremely high doses which may include itching, numbness, burning sensation, or sensitivity to light. 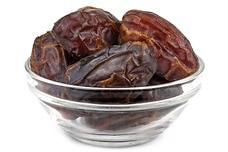 The crown jewel of healthy snacking! These jumbo Medjool dates are packed full of healthy nutrients including fiber, potassium, riboflavin (vitamin B2), and other B-complex vitamins making them a sweet and healthy treat! 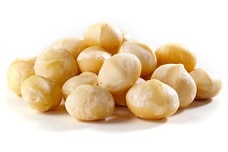 You can never go wrong with raw nuts! Our raw macadamia nuts are a nut lover’s dream packed with many amazing healthy nutrients including healthy fats, iron, vitamin E, vitamin A and riboflavin. 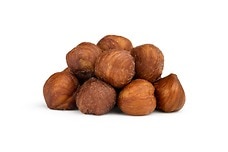 These large Oregon nuts boast a large amount of nutrients! Containing significant amounts of healthy fats, protein, fiber and vitamins B1, B2 (riboflavin), C and E, it’s no wonder these roasted delights are an amazing snack option! 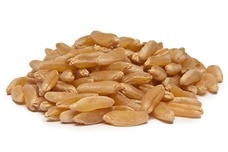 Give your body a boost of energy with this amazing grain! Containing 40% more protein than the national average for wheat, this grain packs a protein punch. Plus, it’s rich in riboflavin (vitamin B2) as well as other essential nutrients.