Most animals and plants are unable to produce vitamin B12 directly. The vitamin is produced naturally by bacteria, and it is also produced as a byproduct of activated charcoal production (in the form of cyanocobalamin). Many animals have bacteria in their digestive systems that produce B12, and some algae, such as chlorella, receive B12 from a symbiotic relationship with bacteria. However, humans generally do not have these bacteria and therefore need to consume it from other sources.

The scientific name for vitamin B12 is cobalamin, which is produced by bacteria. There are several forms of the vitamin, including hydroxocobalamin, methylcobalamin and cyanocobalamin, the latter of which is often used as a supplement.

Foods with Vitamin B12

The best sources of vitamin B12 are from animal products. As a result, many vegans and vegetarians may not get enough B12 in their diets.

The most common significant sources of vitamin B12 include:

Some research how shown that algae like chlorella and spirulina may be good sources of B12; however, additional studies are needed to verify early results.

B12 Fortification and Supplementation

Because there are so few food sources of vitamin B12, other foods may be fortified with the vitamin. Examples of frequently fortified foods include:

B12 also can be taken as a supplement in pill form, as well as injections and patches directly applied to the skin. These methods may be reserved for cases where the digestive system is not functioning properly or when someone develops a severe vitamin B12 deficiency.

Vitamin B12 is an essential nutrient that helps both the nervous system and production of healthy blood cells.

As with other B vitamins, B12 is water-soluble, which means it cannot be stored by the body. It must be ingested on a regular basis to avoid deficiency.

Because of the role vitamin B12 plays in the function of nerves and memory, low levels of the vitamin in the blood can lead to a number of detrimental effects, including:

In addition to not eating enough B12-rich foods, deficiency of vitamin B12 can be caused by one or more of the following factors:

Pernicious anemia: This form of megaloblastic anemia is an autoimmune condition that destroys gastric parietal cells, which produce a protein (intrinsic factor) that helps the body absorb vitamin B12. If enough parietal cells are killed, the body will be unable to take in an adequate supply of the vitamin, ultimately leading to a deficiency. Pernicious anemia is the most common cause of B12 deficiency in adults.

Pancreatitis: The pancreas produces a number of gastric enzymes that help to break down macronutrients like carbohydrates and proteins. Chronic inflammation of the pancreas can lead to an inability to process food appropriately – including the meat and dairy sources that provide the largest supply of vitamin B12 to the body.

Parasites: Intestinal parasites can steal much-needed nutrients from the host’s body, including essential vitamins like B12.

Other, less common conditions and diseases may also lead to vitamin B12 deficiency.

Medical Uses of Vitamin B12

The primary medical use of vitamin B12 is to combat deficiency as described above. Low-level deficiencies can be treated with a B12 supplement pill or injection.

Other medical uses include:

Cyanide poisoning – Hydroxocobalamin, which binds directly with cyanide ions, is used to treat people who may have been poisoned with cyanide. This use was approved by the FDA in 2006.

Mental function – Higher levels of vitamin B12 may help protect against brain atrophy and may help prevent degenerative mental diseases such as Alzheimer’s.

Try Some Snacks with Vitamin B12 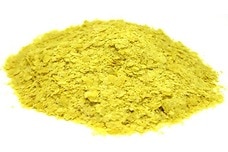 This nutrient-stacked yeast is an excellent addition to meals and snacks of any kind. With a tasty cheese flavor, it can be sprinkled on popcorn, added to salads, or mixed into a variety of different recipes. Plus, it’s fortified with vitamin B12. 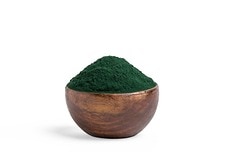 In addition to being a complete protein, spirulina is loaded with vitamins, minerals, and antioxidant properties. Try out this healthy, GMO-free powerhouse right away! 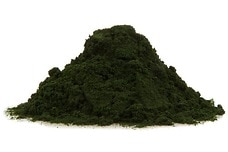 Another phenomenal source of nutrients, chlorella is brimming with Vitamins A, B12, C and E, as well as other nutrients like iron, calcium and potassium. Mix it in with your favorite juice or bake it into one of your favorite foods. 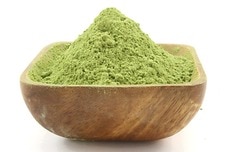 Get all the health benefits of barley grass in an easy-to-use supplement. Each ounce of barley grass powder is loaded with cobalamin, along with vitamins A and C, and other B-complex vitamins. Barley grass is also packed with protein so it’s great to mix into your shake or smoothie after a workout.