* For destinations within the contiguous U.S., orders totaling $59 or more (before tax) ship free and orders below $59 require payment for shipping. The price of shipping is available in Checkout. Multiple shipping addresses count separately. For other destinations (including international), shipping cost is calculated at checkout. Delivery date will be estimated at checkout. See Full Details
Main Content
Home Healthy Eating Healthy Highlights Benefits of Monk Fruit Sweetener

Why You Should Ditch Sugar for Monk Fruit Sweetener

A sweet tooth is a common problem in the United States with each American consuming an estimated 130 pounds of sugar per year (Walton, 2012). This has gradually risen over the past few decades with the addition of sugars to many processed foods. Unfortunately, all of that added sugar is taking a toll on our collective health. Eating too much sugar is associated with obesity, elevated triglycerides, higher diabetes risk, oral health problems, and higher risk of cardiovascular disease. Finding alternatives to added sugar can help you stay healthy and fit. Now, monk fruit sweetener is taking the world by storm as one of the most buzzed about sugar substitutes on the market. 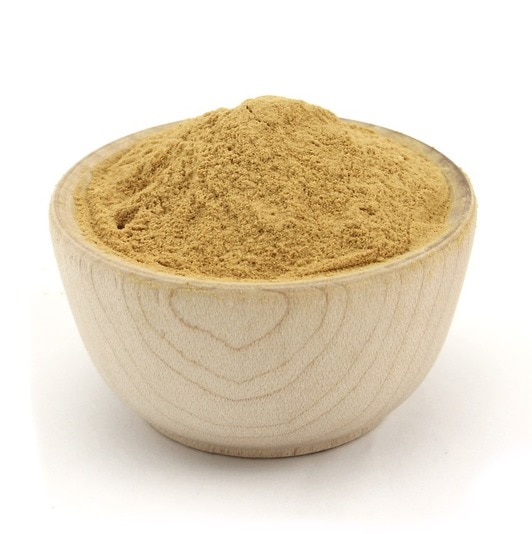 What Is Monk Fruit Sweetener?

As its name suggests, monk fruit sweetener comes from the monk fruit tree. This tree, also known as Siraitia grosvenorii or luo han guo, is native to northern Thailand and southern China. Here, the tree grows on the steep slopes of forested mountains. It is thought that monk fruit was first cultivated by Buddhist monks more than 800 years ago, which is where it got its name (MonkFruit, 2016).

The fruit of the tree has long been recognized for its intensely sweet properties. It is 20 times sweeter than other fruit juices and nearly 300 times sweeter than table sugar (MonkFruit, 2016). Monk fruit is used in traditional Chinese medicine as a treatment for a sore throat or a cold. It has also been used as a low-calorie sweetener for decades in Asia, although it is just beginning to gain global popularity for this purpose.

The monk fruit looks like a small melon and is full of compounds known as mogrosides. These mogrosides are naturally occurring antioxidants, meaning that they fight against oxidative damage in the cell. Mogrosides also have a sweet property, making monk fruit powder a popular sweetener.

How Monk Fruit Sweetener Can Help You Ditch Your Sugar Habit

Monk fruit sweetener also has a high antioxidant content and may have anti-inflammatory benefits, although more scientific research is needed to determine the health benefits of monk fruit powder.

Ways to Incorporate Monk Fruit Sweetener into Your Diet

When purchasing monk fruit powder, look for powder that is at least 80% pure extract, which means that it contains a high proportion of the mogrosides that give it sweetness and antioxidant-boosting power. Monk fruit powder is extremely potent, with a small spoonful providing an equivalent amount of sweetness as a cup of sugar.

There are many ways to use monk fruit powder to replace table sugar in your diet. Just a tiny bit goes a long way. Consider the following uses for luo han guo (Dharmananda, n.d.):

MonkFruit (2015). What is monk fruit? Retrieved from https://monkfruit.org/